Our dear brother in Christ and founder of Faith Tech Ministries, Robert Reid, went home to be with the Lord on Saturday, June 23. Though we were saddened by the news, Brother Bob was “full of years”, and we can take comfort that we will see him again in the great resurrection.

Born in 1930, Bob Reid grew up in Hastings, Michigan. Although he attended church with his parents, he did not come to know Jesus as his Lord and Savior until later in life. Bob gave his heart to the Lord in a small full gospel church in 1959, and his life was changed forever. Soon after, he was teaching Sunday school. Desiring to serve the Lord in an even greater capacity, Bob enrolled in seminary with the expectation of becoming a pastor some day, but God had other plans.

While coaching a basketball team at a college in Southern California, God led Bob to the evangelistic ministry of Joe Jordan. Soon Bob was traveling with Joe and ministering alongside him. Many came to the Lord in those meetings, and the Spirit of God confirmed the preaching of the Word with “signs” following: blind eyes were opened, missing fingers restored, hearing restored, and various other miracles of God. Eventually Bob returned to Michigan to pursue his own ministry, preaching and teaching in more than 100 full gospel churches throughout the state. Again, the Holy Spirit confirmed the preaching of the Word in power and glory.

It was during these evangelistic years that Bob came to realize the greatest need of the body of Christ was to know and understand the Word of God. After much prayer and fasting, Faith Tech Ministries and International Bible Schools was established in 1976. The curriculum was designed to equip the serious child of God with a solid Biblical foundation for life and ministry. Though written to be understood by an eighth-grader, the coursework was college level in content, including teachings on Salvation, Baptism with the Holy Spirit, Faith, Divine Healing and Provision, The Nature and Character of God and Man, EndTimes, Revelation, and more.

For the next 42 years Bob and his wife Karen taught in churches, schools, businesses, and homes in the United States and abroad, often recruiting the help of teaching teams in other countries. God blessed the teaching of His Word by opening the doors of many nations. Eventually these foundational Bible teachings have covered the world: USA, Caribbean nations, Philippines, India, Russia, and throughout Africa. Outlines have been translated into several languages. And the students of these schools have gone on to teach in their own schools. As Bob often said, “All glory to the Lord!”.

Bob’s passion was to see others come to the Lord and continue to progress in their relationship with Him from babes to children to young men and to fathers. He lived a sacrificial life serving the Lord and others. We love him and will miss him dearly. 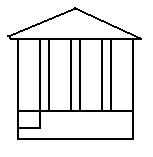 Faith Tech Ministries is a non-profit organization conducting Bible Schools in the USA and abroad for more than 40 years.